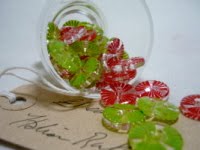 Art and Craft (and cake!) 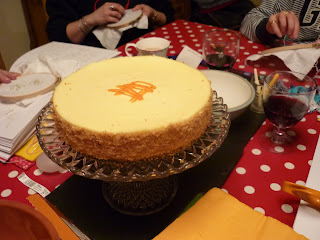 The good wives of Sew and Crow don't usually need much of an excuse to plonk a cake on a cakestand! We did, however have a very valid reason indeed - Lisa Museum's Birthday! Sam made her a wonderful cheesecake ala Nigel Slater and as Lisa is a stitcher and crochet queen we all partook in a little embroidery for the evening.
So armed with hoops, linen, silks and disappearing marker pens we were ready for what proved to be a very, tranquil evening. 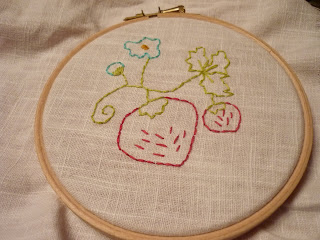 Jeanetta approached this make-along with a little trepidation but inspired by the Made in France book by Agnes Delage-Calvet and Annie Sohier-Fournel and Doodles by Aimee Ray she was soon well and truly hooked! Last seen hotfooting from Halfpenny HQ clutching some embroidery hoops... 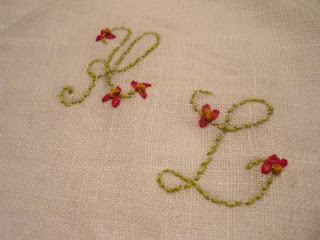 Miss Pat tackled these pretty intials for her daughter. 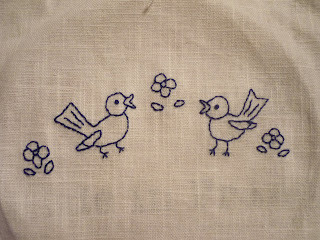 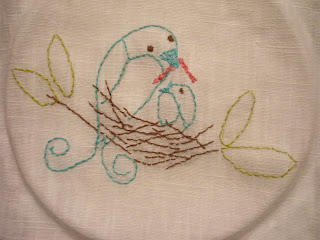 Michelle tackled this mother bird feeding a worm to her chick, and all the way through Wellington, Sam's cat snoozed gently... 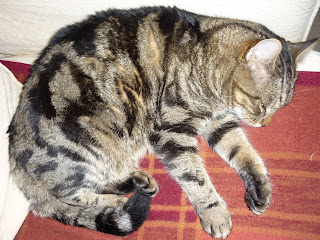 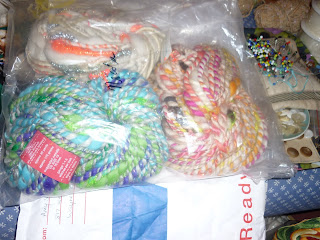 Back at Halfpenny Home the following morning I was met by the postman bearing a parcel from the USA, it was from Amy at Knit Collage and contained yarns from her new collection! 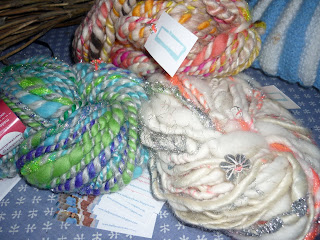 They are fab, Amy had sent them over for one of our online customers. 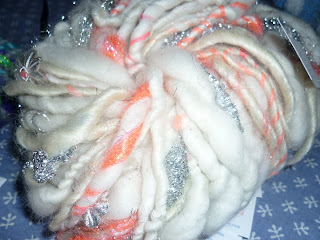 Amy had suggested the yarn Rolling Stone in the colourway Shooting Star as a substitute for Stardust Garland which is sadly out of stock at the moment. Knit Collage produce handspun yarns with trimmings added during the spinning process, they are so special it's no wonder they were so popular at the recent TNNA trade show in the US. 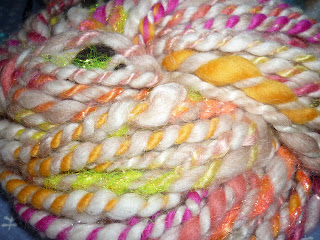 This is Candy Cane in Cotton Candy (above) and Blueberry Marshmallow (below) YUM! 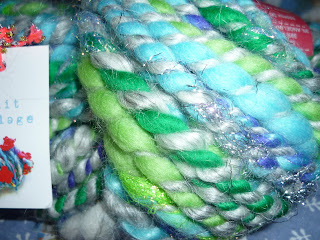 All wrapped up and ready to go off to the lucky recipient... 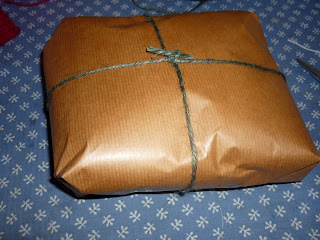 Meanwhile, I had been given a job to do - some moss for Jane Southgate's art exhibit Rural Collusions. 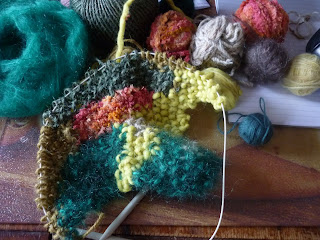 We've been getting some of HH's enthusiastic knitters to make musrooms and we have gathered together quite a herd which will accompany the ones that Jane has made herself - each one has been lovingly made and returned to HH HQ and a slip of paper with the craftsperson's name written on has been placed inside. 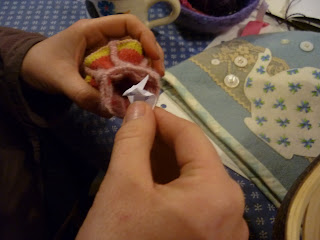 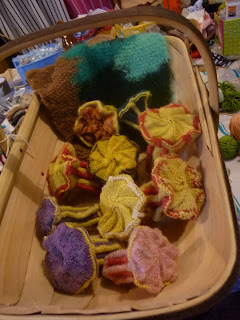 Even though the pattern was the same the differences in yarns, needle size and the tension of the knitter means that they are all so different! 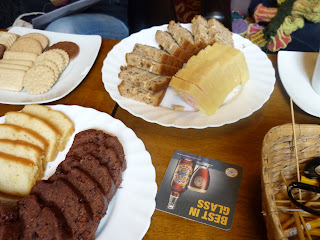 The Wednesday morning knitting group is currently held at The Rampant Horse Inn which is just over the yard from Halfpenny Home. Jane and Robert have made us feel very welcome and Robert brings us coffe, tea and cakes. Jane and I were particularly pleased to see Battenburg making an appearance this week.
Jane was showing off her latest non-fungi related knitting projects, the peaked cap and her socks which I'll do a post about with mine shortly! 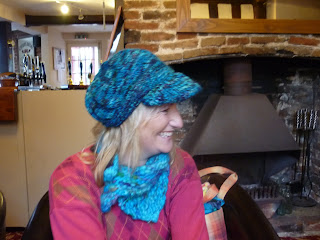 I've been wearing my Colinette scarf almost non-stop since I made it as it's been so very cold and that means that I haven't had the chance to show off the button jewellery that Jane made me for Christmas!
But last night I was invited to have dinner with friends and took the opportunity to show it off! 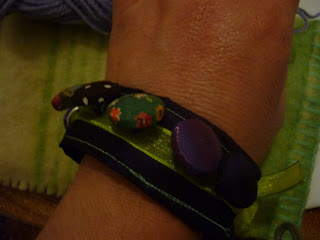 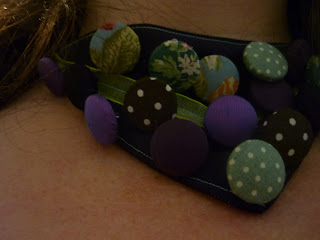 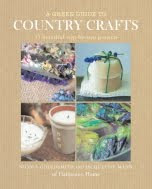